The dangers for Celebs who TwitPic 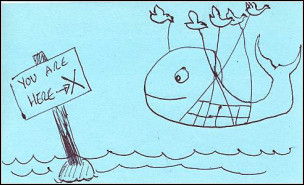 I've known about EXIF GPS location tags for a long time, but only in the last few days have I realised that most people don't know they exist.

EXIF is a little set of information, almost like a mini database, built into JPG photo files from digital cameras and some scanners.  It says things like what make and model the camera are, how long the exposure was, whether the flash fired..  On some phones and cameras, it also logs GPS co-ordinates.

This, on the surface, is a really nice, useful feature.  But, imagine you are a celebrity on Twitter and you post a few photos taken at home of your pet dog / new hat / whatever.  Suddenly, without realising it, you've broadcast your home address to the world. Then later on, you broadcast that you're out for dinner - now people know where you live, and the fact that you're not there right now.  That's just asking for trouble.

I thought, surely, Twitpic probably strips this info off of a photo - right?

I've randomly clicked five celeb photos over the last two days, and three of them have EXIF location data attached.

The way around this - you can switch the feature off on the camera, or edit and resave the picture on a computer, making sure to filter the info out.